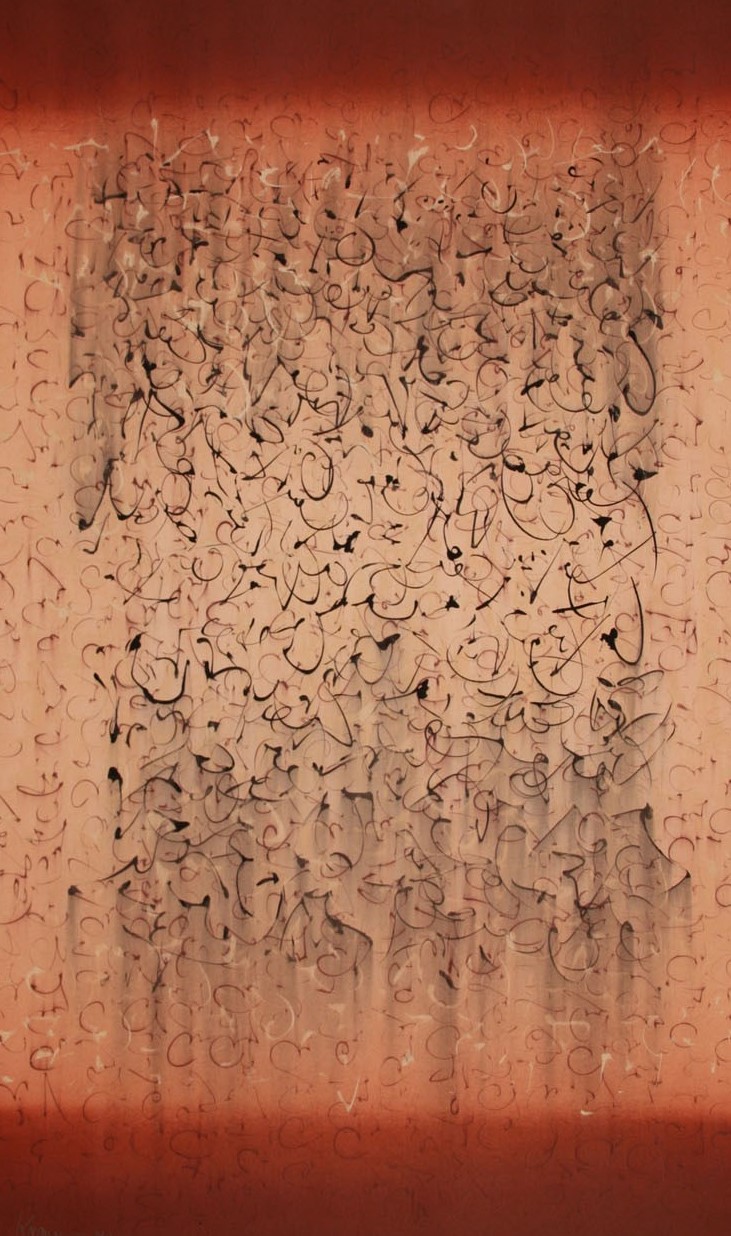 A Retrospective by Michael Krausz

This retrospective exhibition rehearses the numerous phases of Michael Krausz’s past thirty years as an abstract artist. The artworks range in size from 20×15 inches to 60×40 inches.
In continuing its mission to teach, inspire, and preserve, the artist wishes to give 100% of all proceeds to the Rehoboth Art League.

About his art, Krausz says: “I’m interested in showing the limits of language in relation to the unsayable—that is, the space between lines, beyond words. To that end my works often display a kind of automatic writing, using invented ciphers of no literal significance. They display various spatial planes at once. They display the emergence and dissolution of ciphers in infinite spaces. Having visited India on numerous occasions I have been influenced by South-Asian iconography and philosophy.”

Krausz has been featured in thirty-six solo and duo exhibitions in galleries and museums in the United States, the United Kingdom, and India. As well, he has participated in many group exhibitions. While self-taught, in the 1970’s he studied art at the Haystack School of Crafts and the Philadelphia College of Art. Krausz was Resident Fellow at the Ossabaw Foundation in 1978 and 1980. His artworks have been reproduced in numerous publications including the British arts journal, Leonardo. Twice–in 2009 and 2015–Delaware by Hand awarded Krausz the distinction of “Master.”

Krausz adds, “My art integrates my philosophical and musical concerns as well.”  Krausz is Emeritus and Research Professor of Philosophy at Bryn Mawr College, where he taught for forty-five years. He has also taught courses in Aesthetics and Interpretation at the Curtis Institute of Music in Philadelphia. Krausz is currently an Adjunct Fellow at Linacre College, Oxford University. As regards his musical activities, for nine years (2006 to 2015) Krausz served as music director and conductor of the Great Hall Chamber Orchestra at Bryn Mawr, comprised of 42 conservatory and young professional players.

About Krausz’s art, Edward Sozanski of The Philadelphia Inquirer says, “Michael Krausz converts imaginative impulse expressed through magnificent technique into syncretic art of mysterious presence. The slight, unidirectional smearing of the characters emphasizes the artist’s concentration on achieving complete integration of mind and hand.” And Victoria Donohoe, also of The Philadelphia Inquirer, comments, “there is nothing that is not flawlessly finished.” She continues: “Krausz achieves here an astonishing solidity…The weight, confidence and, above all, the dignity of these abstract works owes much to a refreshing and intriguing approach.”

As regards the relationships between Krausz’s art and his philosophy and music, see his recently published philosophical autobiography, Roots in the Air: A Philosophical Autobiography of a Philosopher, Artist and Musician (Brill / Rodopi: Leiden and Boston, 2019).  Krausz is a member of The Artists Exchange, Delaware.