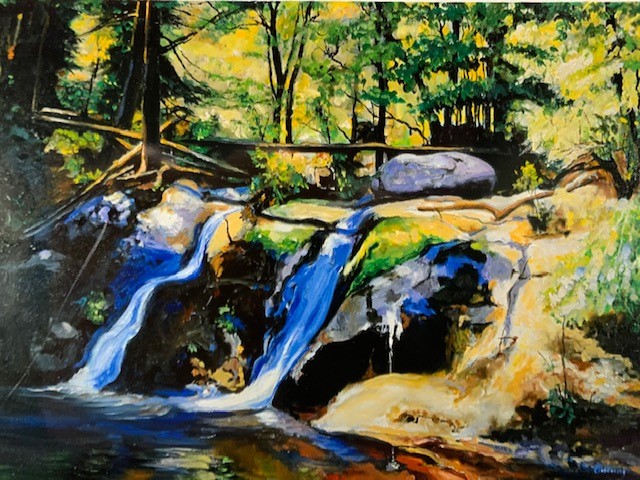 At the beginning of 1958 John Clendening started studying at the Corcoran School of Art in Washington, D.C. He was taught realistic drawing and painting techniques from Edmund Archer and sculpture from Heinz Warneke. Clendening was awarded a monitor scholarship from Archer in September of 1958 through 1962. In 1963, he was hired by the Corcoran to teach his own adult drawing and painting class. While working as a professional artist, he worked full time as an exhibit designer at the Smithsonian Institution’s National Museum of American History from the early sixties until 1973. In 1973, he was selected to work at the new Congressionally approved National Air and Space Museum, which would open to the public in 1976 for the nation’s Bicentennial, where he would eventually become the museum’s chief of design, for the design division of the Exhibit Department. After 36 years working for the Smithsonian, he retired and opened his studio in Santa Cruz, California from 1996-2000 and then moved back to East Coast in 2001. His studio is now in Alexandria, Virginia.

Image:  “The Split Streams of Water,” oil on canvas by John Clendening