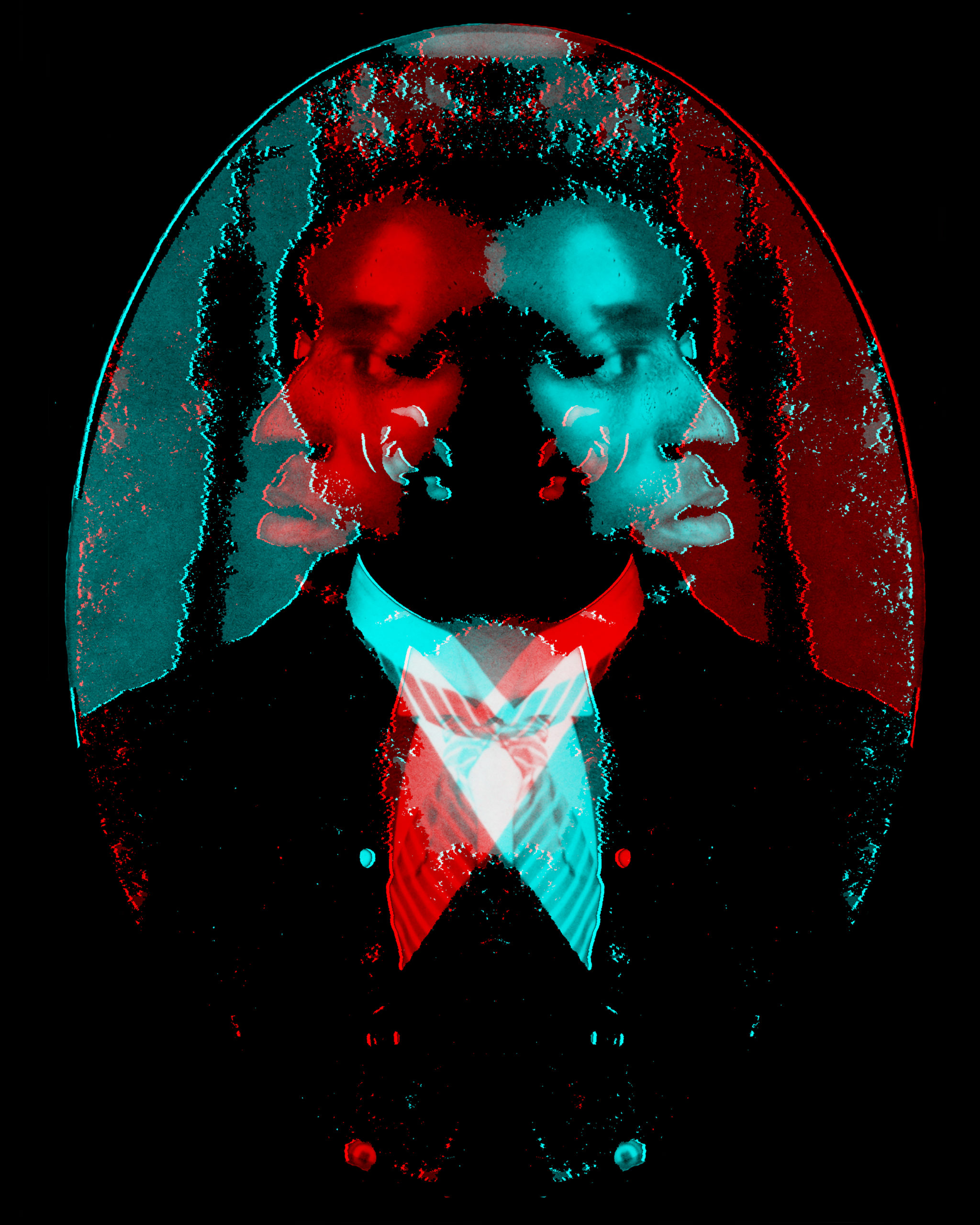 Appropriating photographs from W.E.B Du Bois and Thomas Calloway’s Exhibition of American Negroes (1900) into various 3D images, McAfee attempts to provide alternate ways to see black figures, ways that allow the subjects to have multitudes of possibilities, real and imagined within a still image. In McAfee’s stereoscopic series, the reimagined images provide a less static and more inexplicable depiction of the individuals, breaking down their image to reveal red and blue versions that play with the act of viewing and perception. Shifting positions while viewing the images allows the audience to view these sitters in a state that is in flux, opening up an engagement that is physical and pictorial and aims to redefine normality.

“The brain did not evolve to see the world the way it is…the brain evolved to see the world in a way that was useful to see in the past…we inherit perception…” states Dr. Beau Lotto. As essential and urgent as it was for the Exhibition of American Negroes to redefine the depiction and understanding of middle-class blacks in Georgia to combat racist depictions and ideas, McAfee’s photographs are continuing that legacy of setting alternative precedents of what is expected. With various options for interacting with these representations McAfee adds to the cycle of upgrading our perception of others that could start a constructive shift in biases and assumptions they would be passed on, crafting new legacies.

Antonio McAfee (b. Stuttgart, Germany) is a photographer based in Richmond, IN. He received his BFA in Fine Art Photography (2007) from the Corcoran College of Art and Design. Shortly after, he earned his MFA in Photography (2009) from the University of Pennsylvania. In 2011, he received a Post-Graduate Diploma in Art in Arts and Culture Management from the University of the Witwatersrand (Johannesburg, South Africa). McAfee’s work addresses the complexity of representation by appropriating and manipulating photographic portraits of
African Americans in the 19th century, funk and R&B musicians, and transitioned family members.