From the Collection of Ray and Valerie Bryant

Honoré Daumier (1808 – 1879) was a French printmaker, caricaturist, painter and sculptor whose many works offered commentary on social and political life in 19th century France. He was an artist who brought both profound emotion and humor
to his craft and is perhaps best known for his caricatures of political figures and satires on the behavior of his countrymen.

The works in this very personal exhibition are from the Collection of Professor Egon and Belle Gartenberg, the parents of Valerie Bryant.

Egon Gartenberg (1911-1982), a Holocaust survivor, lived a life of great passion. The story of his life, including an escape from Europe during World War II and culminating in a second career as a music historian and impresario in Chambersburg, Pennsylvania, is filled with drama and perseverance and consistently punctuated by his three great loves: art, music and his wife, Belle Gartenberg. Belle, also a musician, embraced her husband’s love of art almost from the moment they met in 1944. Together they frequented galleries and bookshops, throughout Europe, in search of Daumier lithographs and woodcuts, especially those dealing with the theme of music. In 1968, Egon Gartenberg was awarded the Medal of Meritorious Service to his country of birth, Austria. The award honored Gartenberg’s literary scholarship including his book on Vienna, followed by books on Mahler and Strauss.

The Rehoboth Art League is extremely grateful to the Bryant family for their generosity and desire to share the “musical notes” from their collection with a wider audience. 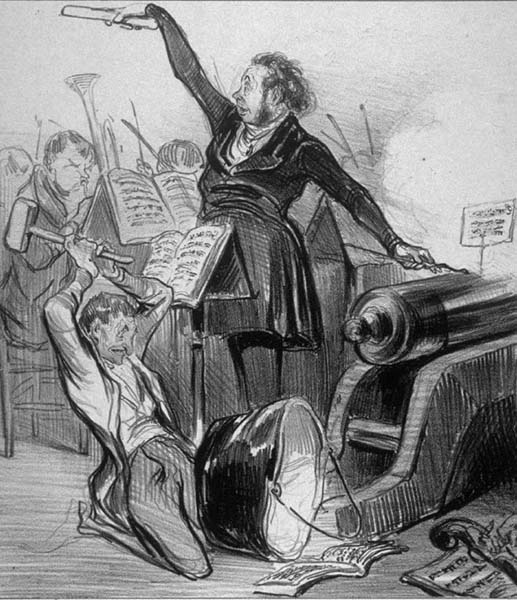