Gallery Talk From the Artist, Saturday, September 8  | 2:00 – 3:00 pm
Immediatly following From the Artist is an associated Gallery Talk, From the Judge, with the 8th Regional Juried Biennial Exhibition Juror and Awards Judge Ben Simons.

I believe that art can shed light on histories and traditions that are concurrent with the social and cultural conditions of a particular time. Painting is a way for me to reassess my position within this timeline. Manipulating the authority of representational portraiture, I deconstruct historical ideas of secure identity and fixed-painting techniques. I highlight contingencies between self and the constructed image as I attempt to clarify my contemporary hopes, fears and insecurities about racial and socioeconomic progress. By putting myself in the position of sitters from precarious 19th and 20th century modes of portrayal, my work is rooted in the need for empathy and a historical desire for connection and feeling.

Using academic multilayered painting approaches my work deconstructs the technical and social framework created by, but not limited to, painting tradition. Through forms of self-representation, I emphasize conflicts of inner vs. outer in hopes to foster new realities and new ways of being understood as not brown or white, wealthy or poor, but human. Often-acknowledging classical method’s incapacities for telling the truth, I stress ideas of vulnerability, false glamorization and anxiety of reconciling the past with the present.

Kyle Hackett (b. Still Pond, MD) is a visual artist based in Washington, DC. He earned his MFA in Painting from the Hoffberger School of Painting at Maryland Institute College of Art and his BFA in Fine Arts, as a McNair Scholar from the University of Delaware. Hackett has completed multiple residencies including: The League Residency in NY as recipient of the Ruth Katzman Scholarship, Contemporary Artists Center, NY and Vermont Studio Center, where he was the recipient of the Civil Society Institute Fellowship.
Hackett has received numerous honors and awards, including Best in Show Award at the 2014 Bethesda Painting Awards Exhibition, making him the youngest winner in the contest’s history. His work has been featured and written about in the Washington Post and distinguished as “Ten Memorable Paintings of 2014” in the Huffington Post. Hackett’s work has gained international recognition as part of Dave Bown Projects 11th Semiannual Competition and FreshPaintMagazine. Additionally, Hackett was a semifinalist for the 2016 BP Portrait Award at the National Portrait Gallery in London, UK.
Hackett’s work is notably supported and collected by Ethan Cohen New York, Wangechi Mutu Studio and University of Delaware’s Museum of African American Art. He has exhibited work in Maryland, Delaware, Massachusetts, Florida (Miami Art Fair) Washington, DC and New York.
Kyle Hackett was winner of the Best in Show Award at the Art League’s 7th Regional Biennial Juried Exhibition in 2016. 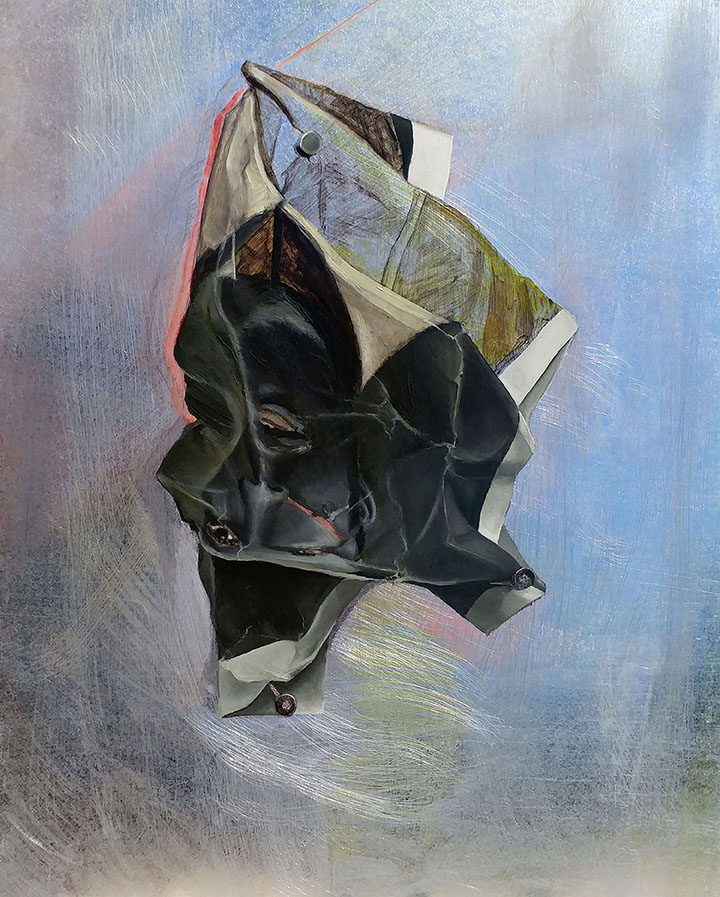