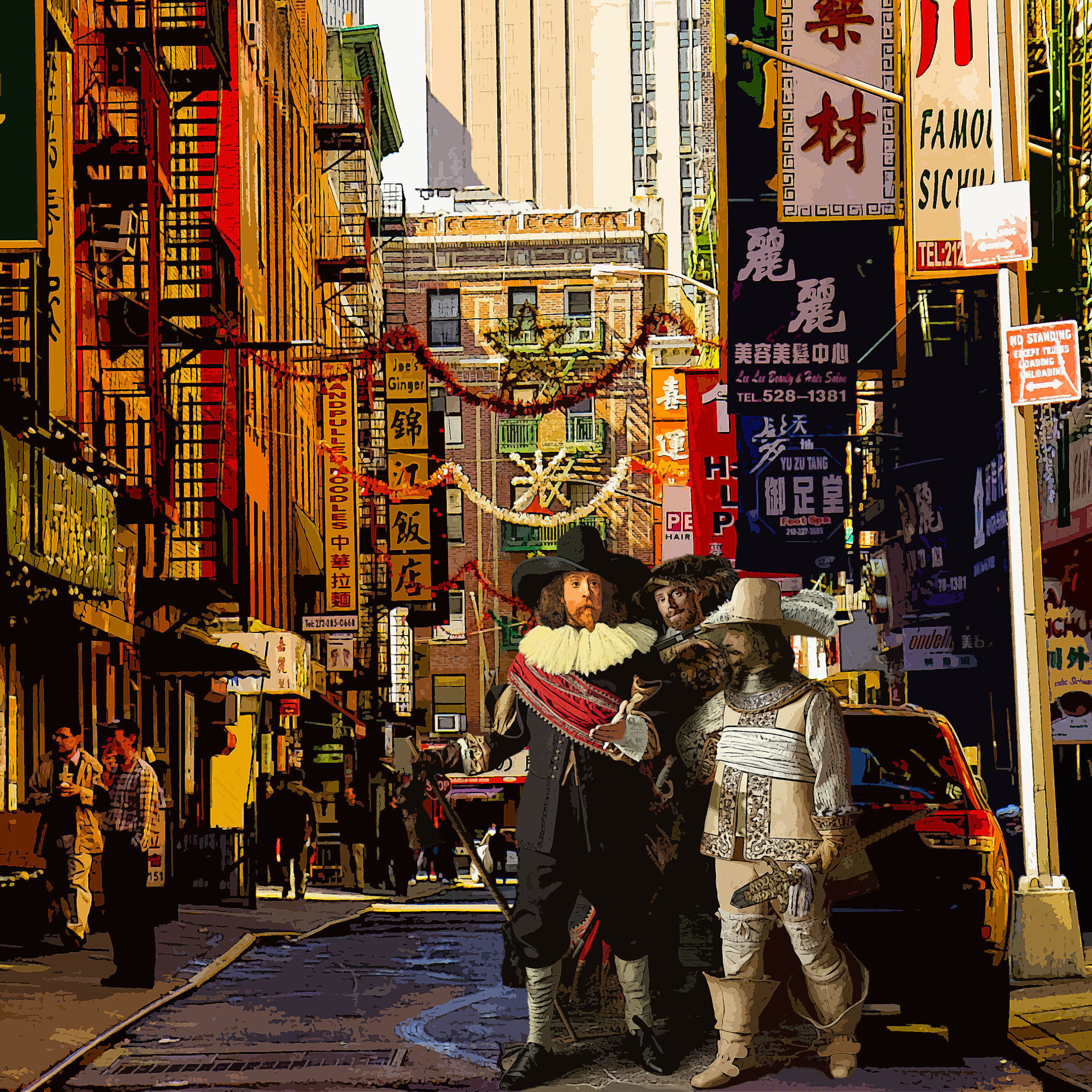 ANACHRONISM…a thing belonging or appropriate to a period other than that in which it exists, especially a thing that is conspicuously old-fashioned. “Everything was as it would have appeared in VERMEER’S HOLLAND of the baroque Golden Age, apart from one anachronism, a Folger’s electric perc coffee can.” In this latest series of acrylics on canvas, the  exploring the theme of anachronistic imagery, specifically morphing Kodachrome color slides of the 1960’s, with appropriated imagery from the Dutch Golden Age. Characters and objects depicted by painters such as Vermeer, Rembrandt, and Hals, will be transported to mid 20th century Coney Island, for instance. Gary’s work is a form of POP hyper realism combined with the sensibility of the social realists of the Ashcan School such as Edward Hopper and Reginald Marsh, along the way tipping tipping his hat to David Hockney and the aforementioned Dutch Masters. Schwartz grew up in the Coney Island section of Brooklyn New York in the 1960’s and 1970’s, where his father was employed as the manager of the world famous Nathan’s hotdog empire. This gritty landscape has had an enormous influence on the art that he creates today in 2022.

“In my studio practice I am considered a Social Realist painter, although Deborah Solomon of The New York Times once referred to my style as POP Realism. Utilizing a very strong narrative in each series that I create, my current body of work consists of acrylics on canvas, depicting my childhood memories of Coney Island, where I grew up, as well as my travels abroad and throughout the US. The works utilize contemporary realism with an homage to Dutch and Flemish baroque paintings. When not in the studio, I can be found at York Prep School on the upper west side of Manhattan, where for the past seven years I have been employed as their 6th through 12th grade art teacher. I am currently completing my 27ear of full time art teaching, having worked in some of Manhattan’s finest independent schools. I received my BFA from the  New York School of Visual Arts in 1983.”