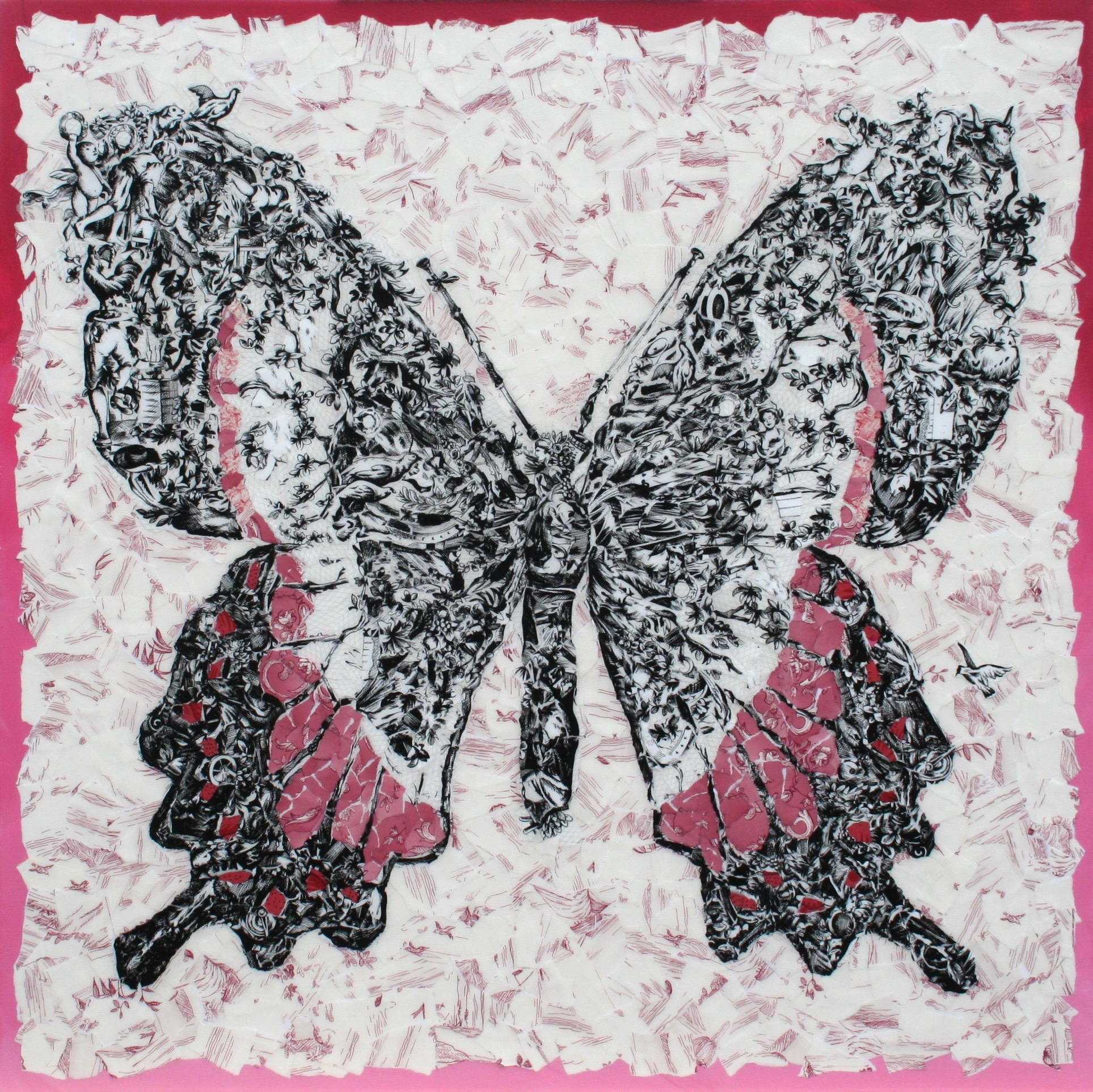 Many of the world’s largest and most visible species; bears, tigers, rhinoceroses, are simply being squeezed out of their habitats by encroaching human development and or poaching. Global warming has affected thousands of other species. I am seeking to exhibit a body of work at Rehoboth Art League that would focus on endangered species. My mixed media (wallpaper) collages are based on 16 – 19th century scientific illustrations, with a focused on human anatomy, birds and insects. I am aiming to combine my love of aesthetics and my devotion to education to produce a body of work that documents and educates the viewer on the plight of our planet’s endangered species.

Kate Norris is a teaching artist from Baltimore, MD. Her current body of work gives homage to naturalists and illustrators from the sixteenth to nineteenth centuries. Norris’ mixed media collages are made from tearing vintage and out of stock wallpaper and reconstructing the pieces in a new way, giving new meaning with a modern sensibility. Her collages open up conversations about process, techniques, and symbolic associations.

Norris graduated with a BA from Stanford University and earned her MFA at the School of Visual Arts in New York City. She has exhibited her work in San Francisco, New York City, Tampa, Tennessee, and Baltimore.