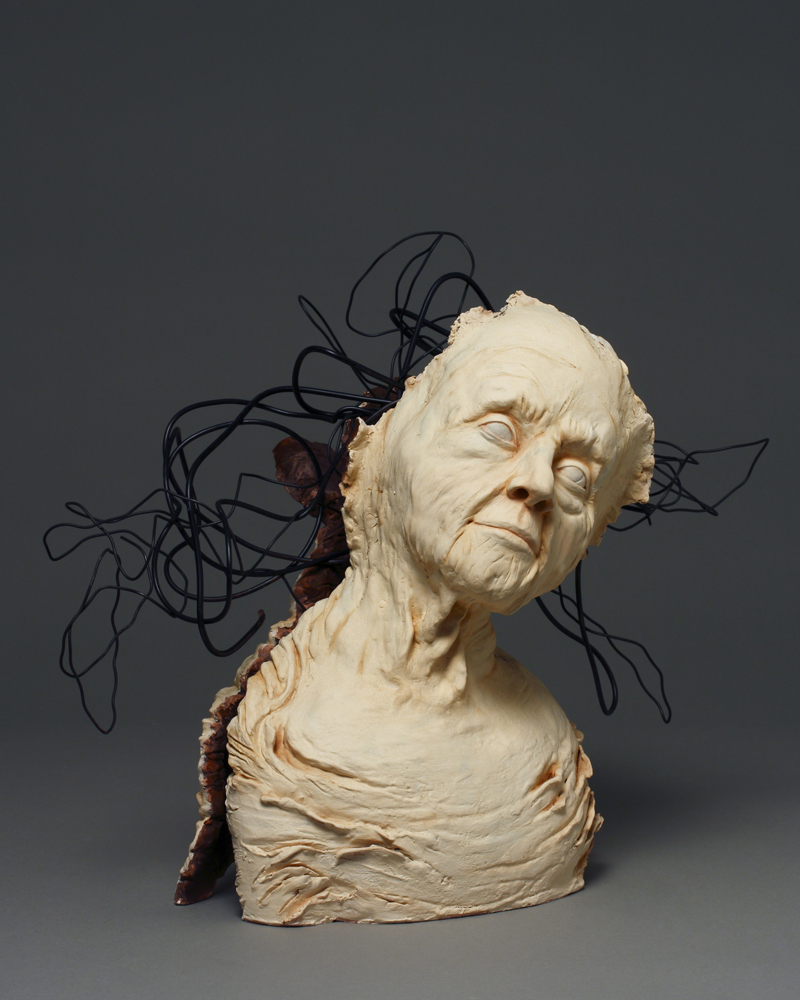 I have long been intrigued by how rapid change impacts the human condition and use the body as a site for exploring it. In this series, a gendered issue of dementia is engaged from a female point of view. My mother’s countenance emerges through representation in multiples, mentally and physically aging over time.

The Lonely Girls project began after my mother was diagnosed with Alzheimer’s disease and lived out her last years in a nursing home, between two worlds. What started as a portrait of her became a collection of portraits of the women she lived with. Their spouses, partners and friends were long gone and their children were really not equipped to take care of them. Once vibrant and accomplished women were reduced to mere shells of their former selves. Their bodies were still functioning but their minds couldn’t keep up. They were depressed and frustrated a lot of the time but in between, I saw glimpses of great joy in simple experiences like gazing at the moon or gleefully eating ice cream.

The clay busts are hand built, sculpted and fired. Surface treatments include under glazes, oxides, stains and wax. Baling wire was fired with the busts, other miscellaneous electrical wires were added post firing. So much goes on physically, mentally, socially and psychologically that warrants more attention. By sharing this project with a wider audience, I hope to continue raising awareness.

A native of Philadelphia, PA, Constance McBride’s work explores themes of identity and memory with an emphasis being placed on issues most experienced by women. When residing in the Southwest, observations of the desert made a transformative impact on her practice. Her work has been supported by grants from the Arizona Commission on the Arts, Phoenix Art Museum’s Contemporary Forum and Philadelphia Sculptors. Museum exhibitions include Phoenix Art Museum in AZ, Las Cruces Museum of Art in NM, San Angelo Museum of Art in TX and Biggs Museum of American Art in DE. Notable gallery exhibitions include Craft Forms at Wayne Art Center and The Clay Studio National in PA and Beyond the Brickyard at Archie Bray Foundation for the Ceramic Arts in MT. McBride’s work has received attention from several publications including Yahoo News, Philly Artblog, Philadelphia Stories, Schuylkill Valley Journal and the international platform Ceramics Now. Now living and working in Chester Springs, PA, she is actively involved with art communities in the Philadelphia metro area. McBride earned a Bachelor of Arts degree from Arcadia University, Glenside, PA.