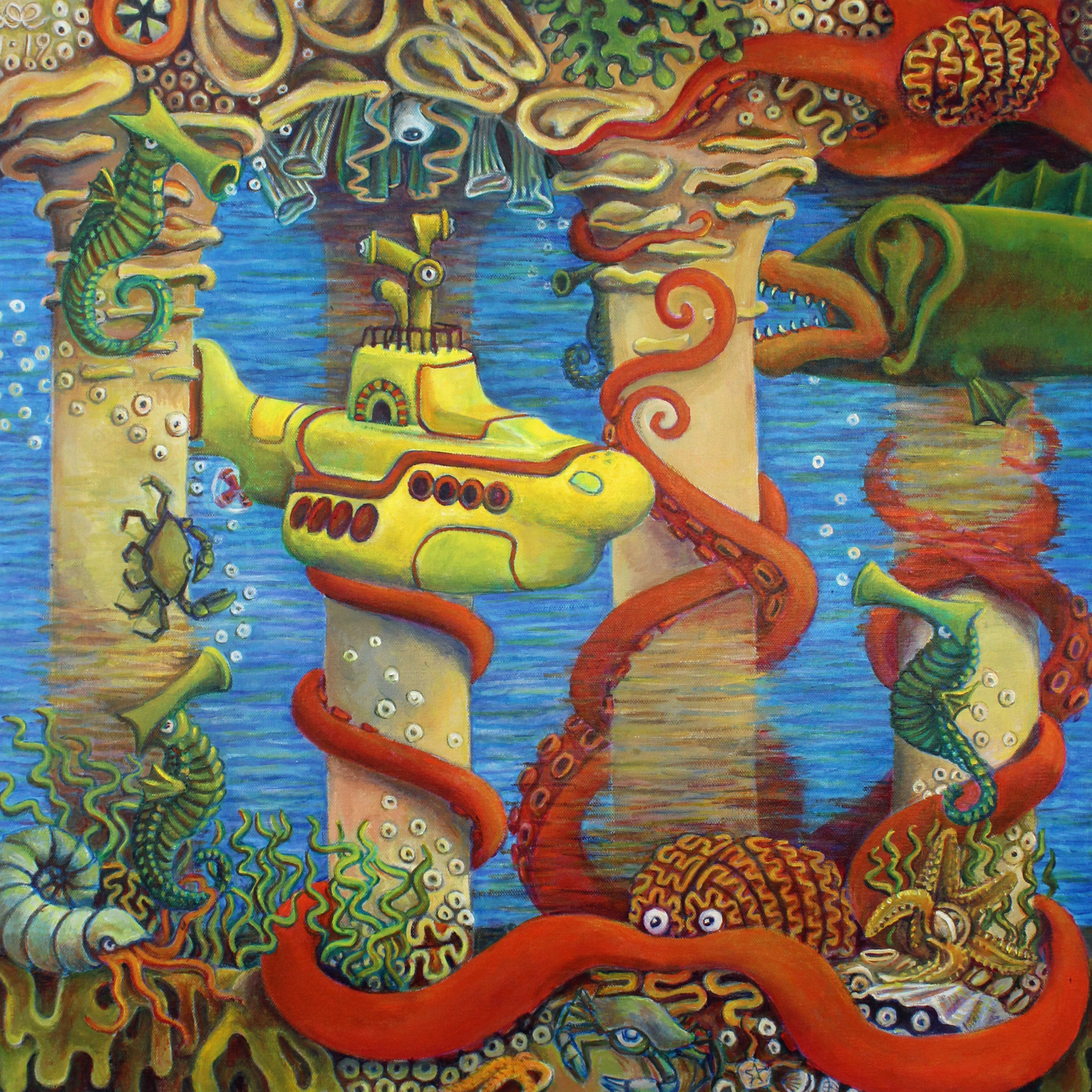 Seascapes – Under the Surface: Information

By David Heatwole and David Curtis

“Existence is fluid and evolving, returning full-circle to its Origin.  Creation is followed by Evolution and Growth, until that growth creates an imbalance that Nature eventually corrects through mass-extinction events.  Hard on the heels of Extinction comes Creation, taking new forms to adapt to new realities.  So it has been and so it will be.  Life, as precarious as it seems, will always find a way.

The art of Davids Heatwole and Curtis explore the Divine Energy that fuels this cyclical process of Life, Death and Rebirth in both their physical and spiritual manifestations.  Macrocosms and Microcosms battle for supremacy within surreal landscapes filled with metaphors, leaving it to the viewer to sort it all out in the light of both unique and shared perspectives.”

The career of David Frederick Heatwole as an artist may have begun 238 years ago when his ancestors arrived in the Shenandoah Valley from Germany.  The immigrant Heatwoles were craftsmen and storytellers.  His father, a renowned sculptor of science fiction, fantasy and folk lore, fostered Heatwole’s artistic pursuits, and his mother’s carefree humor encouraged him to continually peruse the purity of discovery.  Today at the age of 51, as an 11th generation artist, David Heatwole lives and works in the greater Cleveland, Ohio area.  During his early years as an artist, Heatwole’s work consisted primarily of drawings that were very detailed and laborious to complete; each piece told an elaborate story within its meticulous lines. His education in commercial art and illustration allowed him to continue telling stories and working with mediums within his comfort zone – pencil, charcoal and pastels, but it did not thrust him into his realm of timidity – painting.

Dave Curtis graduated from VA Tech in 1984 with a BA in Studio Art and has since shown his work in Washington DC, Maryland, Virginia and West Virginia in both group shows and solo shows.  He has work on permanent display within The Smithsonian Institution and on rotating exhibition aboard the USS Yorktown at Patriot’s Point outside Charleston, SC.  Currently he keeps a studio open to the public at “Jefferson Street Artists” in Falls Church, VA. His work encompasses themes of history, literature, religion, folklore and mythology.  Current work consists of a series of fantastic visions of a post-apocalyptic world recreating itself from the ruins of our current world.  These surreal “aquariums” and “terrariums” teem with Jungian Archetypes and metaphors including the bizarre allegorical and almost Lovecraftian creatures that populate them. 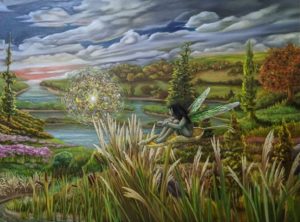