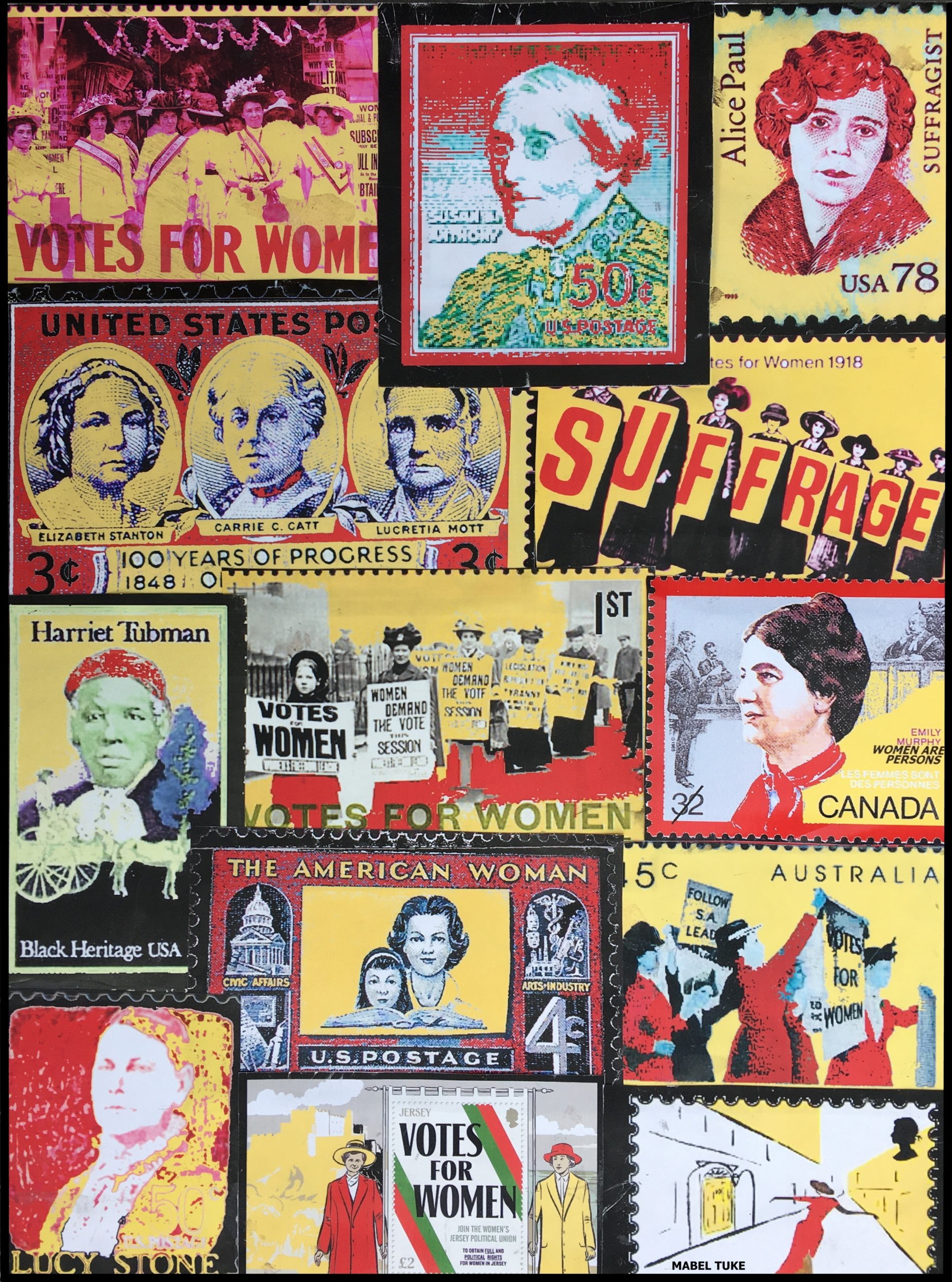 Inspired by the Centennial of the 19th Amendment in 2020, I wanted to design a show that would reflect, in part, the voting right struggles of the early 20th century.  My research into the Suffragettes/Suffragists movements here, and in England, left me in awe and admiration for the dogged determination, courage, tenacity of the women who participated, and the sometimes amusing, sometimes vehement opposition they experienced.  Hopefully, in the midst of this 100 year celebration, some of my art pieces serve to suggest that the new term, “Resisterhood,” may not be as new as we thought; and that, as women, we should not take our vote for granted.  In researching some of the more prominent women of this early enfranchisement movement, I found so many faces compelling, so full of spirit and strength of character, that it was impossible to NOT want to paint them all.  I am not a “fast” painter, so I had to choose wisely and economically.  The remainder of the work is dedicated to some of the many facets, ages, and enthusiasms of today’s women…portraits of women engaged in the world of today.

Linda Lockard Hill was born in Los Angeles, but grew up in Sioux City, Iowa where her parents instilled in her a deep appreciation of music (voice and piano) and dance.  Living in Pennsylvania in 1970, when the traditionally all boys boarding school where her husband taught began to admit girls, she introduced a fledgling dance program.  A short time later she began to choreograph the school’s Broadway musicals, as well as those in neighboring high schools and nearby Shippensburg University.  She simultaneously opened and operated a ballet studio in Mercersburg, PA and then a large second studio in Chambersburg, PA.  Still later, Linda commuted daily (180 miles) to Washington, DC where she obtained a Master of Arts Degree in Performing Arts-Dance from American University.

Linda’s love of painting broadened and took a quantum leap forward after moving to Rehoboth Beach in 2015. She worked at first in stained glass and then in acrylics – mostly family portraits – just as her mother had done two generations ago.  Her painting “Lost Horizons” was awarded Best in Show for the Rehoboth Art League’s 81st Annual Member’s Fine Art Exhibition in 2019.

Image: “Shall Not Be Denied,” digital collage by Linda Hill.